Staff member
One of my project bikes is a 2002 Triumph Bonneville in that Sky Blue / Metallic Silver color combo. This one had a dent in the tank on the right side what I have decided to try to fix on my own. 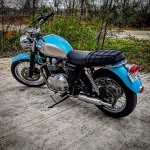 At first, I used a dent puller kit which worked to an extent. Then on one last attempt, some paint came off with the "pull", so I decided to fix it the old-fashioned way with filler and paint!

So far, I have sanded out the dent, filled it, shaped the filler to match the tank, primed it, and then 600 grit sanded the entire tank. 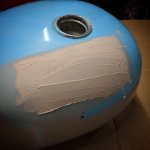 Then I masked the blue in prep for new silver (matched) paint on the right lower side. 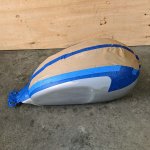 Staff member
I've decided to go in a different direction, by adding a silver stripe down the center of the bike... fenders, tank and side covers. 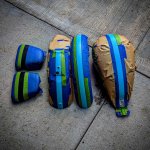 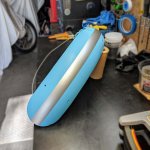 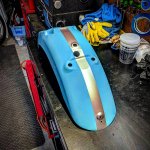 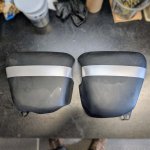 Staff member
Here is a side cover after spraying the silver base coat. 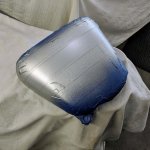 Staff member
Today, I finished repainting all the parts for this 2002 Bonneville, with new Sky Blue / Silver stripe graphics and clearcoats. 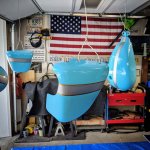 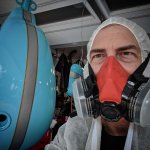 Staff member
I am in the process of finish sanding the tank. 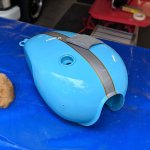