Osorezan, Japan is one of the three holiest sites of Japan and was founded in the ninth century by the great Buddhist master, Jikaku, En'nin. En'nin was studying Buddhism in China and had a dream that he was told to go eastward when he returned to Japan where he will find a sacred mountain that is a thirty days walk from Kyoto. En'nin traveled to the Shimokita peninsula (referred to me in other threads as the hatchet) and found the holy site of Osorezan; next to lake Usori and next to that are eight peaks: Mount Kamafuse, Ozukushi, Kazukushi, Hokkoku, Byobu, Tsurugi, Jizo, and Keito. The significance of eight peaks is significant to Buddhism as it shows the eight pedals of the lotus flower which is the symbol of the world of Buddha.

This location is considered a portal to the afterlife. One of these portals is to hell. En'nin followed the Jizo belief at Osorezan which is a vow to suffer hell himself to alleviate the pain of those condemned to hell, to free human beings from the illusions of life and death in this world, and to lead even heavenly beings of the purer world into eternal salvation. It was clear...Bonnie and I were on a trip to the gates of hell!!

I could see why 1200 years ago, this location was considered something of the supernatural...it is not only the lake but there is a sulfur spring deep in the ground and the smell of rotten eggs is everywhere. With that though are natural hot springs sporadically all over the place, water and mud boiling from the ground, and the terrain being drastically altered to stone and rubble when everything else in the region is lush and green. In other words...a very fucking cool ride!!! :beer::motorbike2:

Another portal to hell: 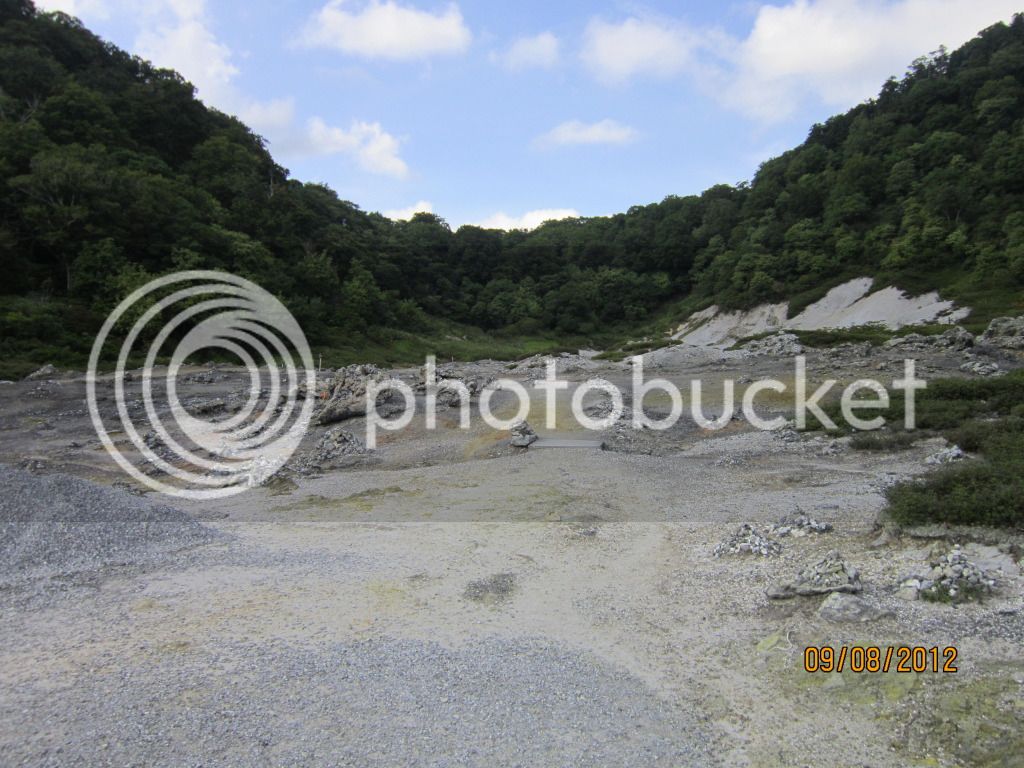 Bonnie and I kept one wheel in front of the devil and got the hell out of the doorway straight down to the underworld!! :banana::headbang2:

Then I realized this ride wasn't one for hell...it was one for the heavens as I tore it up through the cliff side twisties of the Shimokita peninsula. 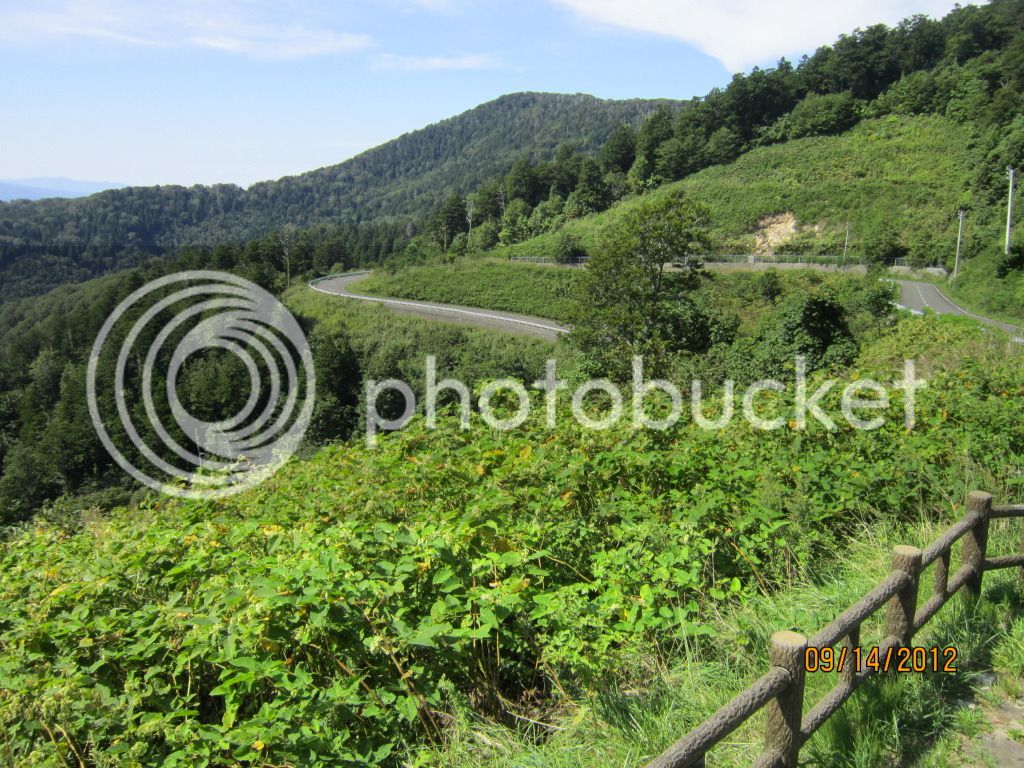 And then arrive home to find my youngest boy cruising around on his Indian...seems the apple doesn't fall far from the tree

This is an amazing world we live in...

Wooowww!! I don't know about the underworld but the scenery was just fantastic. Awesome. I really had no idea Japan was so beautiful. Looks like amazing riding.

Absolutely fantastic B06tang! I sent this link to my oldest son who's studying in Kyoto at Doshisha. I told him, "I took a 5 hr ride through Hunter, Windham High Peak and Halcott Mountains the other day, but this, this is my dream ride."
Just fantastic!

Amazing pictures! Are statues like the ones in the pics pretty much everywhere in Japan?

Sal Paradise said:
Wooowww!! I don't know about the underworld but the scenery was just fantastic. Awesome. I really had no idea Japan was so beautiful. Looks like amazing riding.
Click to expand...

I have been in Japan for a total of 13 years and I compare this country to the Hudson Valley; you mention Japan and most people think of just Tokyo, much like how most just think of the city when you say New York but you leave that city and find an amazingly beautiful country.

Absolutely fantastic B06tang! I sent this link to my oldest son who's studying in Kyoto at Doshisha. I told him, "I took a 5 hr ride through Hunter, Windham High Peak and Halcott Mountains the other day, but this, this is my dream ride."
Just fantastic!
Click to expand...

You would like my write up on the 5 day trip I took to Hokkaido last year if you like this one. Hokkaido has officially became the B06Tang's "Most Fucking Kick Ass Place in Japan" title! I leave Japan next year and I'm already missing Hokkaido!


Kirkus51 said:
Amazing pictures! Are statues like the ones in the pics pretty much everywhere in Japan?
Click to expand...

You see them around quite a bit but keep in mind that the two most dominant religions in Japan are Shintoism and Buddhism...and then Christianity.
Last edited: Sep 14, 2012

when I read the thread title , first thing I thought of was this song:
http://www.youtube.com/watch?v=N8i5NLyXZdc&noredirect=1

Awesome pics of yet another amazing adventure... good times!

I am glad you guys are digging this. Next week I am taking a "mini" tour and will be gone only 2 or 3 days as I'm heading out on the other side of Aomori prefecture to the west coast side of it and see what it looks like into the Sea of Japan. I'm going at it solo and will be a bike and tent type of thing...I'm not even going to look for a camp ground....just find a cool place on the coast of the Sea of Japan and stop when I'm tired to sleep.
M